Google’s Next Revolution: the Low Cost Smartphone and the Modular One

Have you heard about the Android One smartphone?
And the Ara Project platform?
You might be thinking:
“Hmm, Ara? Android One? What are we talking about?”
Wanna know?Scroll down and keep reading these lines.
And you’ll be aware of Google’s next revolution. 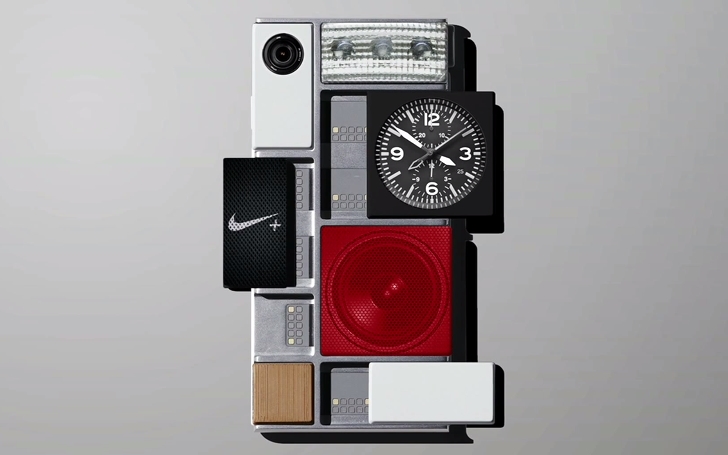 1. The first revolution.
The most widely used search engine is still a teenager, could you tell?
When did you use it first?
In my case more than ten years ago, probably.
Before I was using Altavista or Northern Light.
Ever heard about them? They were two search engines with a confusing layout, full of text, lots of ads, and an unclear background. Now they’re extinct web dinosaurs. And it’s not surprising. It had to happen, I knew it as soon as I used Google. Finding myself for the first time in front of that clean white homepage gave me a fantastic feeling of freedom.
You know.
Kind of like the feeling you get entering a freeway on a sunny summer morning.
A freeway heading to knowledge.
And after all these years it’s still like that (yesterday on Bing there was a cheetah looking at me… please!)
In the meantime “look for it in the Internet” had gradually turned into “look for it with Google”.
And now?Just google it!

Now then.
What about the smartphone?
What’s the way we’ll call it in the future?
Ara or Android One?

2. BigG and the smartphones.
We all know Google is not just a search engine.
Not anymore.
It’s a huge company with incredible revenues coming from a wide range of different fields. One of them is advanced technology. For example Google Glass, Google Chromecast, and Nexus smartphones. Successful projects indeed. But still not enough when compared to the power of Mac and Microsoft.

Today mobile surfers number almost two billion.
And they use Internet through portable devices, more and more every day.
Recently Google publicly declared an astonishing new challenge: give smartphones to the rest of the world.
Five billion people.
How?
With two extremely ambitious projects: Android One and the Ara platform (also called #Aradev on Twitter).

3. Android One.
What is Android One?
You might be guessing:
“just one more release of the famous mobile operating system”.
Nope.
It’s a new smartphone that was released on September 15th, 2014. And it’s very affordable. Probably the cheapest. Here are some of its features:
Android 4.4.4 (receiving automatic updates for two years),
4.5” display,
1.3 GHz processor,
1GB RAM,
4GB storage (expandable up to 32GB). The price?
106 bucks, more or less. You can buy it right now on the internet.
But only if you are in India.
In fact they plan to sell it worldwide, gradually.
But not for now.
Because the first of the five billion people we were talking about, has got to be from India.
And to help Indian people surfing the web from a smartphone, Google also announced the Verylite project (read about it on our website, by clicking on the blue text).

#AraDev – the modular phone from Google

4. The Ara Project.
Imagine assembling your smartphone like a Lego game.
Let’s play this game together.
I buy myself an Endoskeleton (“Endo”, for friends).
And on the front I would put a big display and maybe a physical keyboard (the Blackberry way).
And on the back? Everything I could.
A camera, a radio, a pin pad with a little printer, a metal detector, a laser distance meter… And if I go jogging?
I put on a step counter.
And if I’m traveling to Fukushima?
I put on a geiger counter.

Science fiction?
Probably, but in Q2, 2015 it’ll be reality.
Ara is a new concept of modular smartphone.
And it’s almost ready.
Will it help Google to conquer the world?
Only time will tell.5. Update.
The Ara Project has been suspended.

This site uses Akismet to reduce spam. Learn how your comment data is processed.

This website uses cookies to improve your experience while you navigate through the website. Out of these cookies, the cookies that are categorized as necessary are stored on your browser as they are essential for the working of basic functionalities of the website. We also use third-party cookies that help us analyze and understand how you use this website. These cookies will be stored in your browser only with your consent. You also have the option to opt-out of these cookies. But opting out of some of these cookies may have an effect on your browsing experience.
Necessary Sempre abilitato
Necessary cookies are absolutely essential for the website to function properly. This category only includes cookies that ensures basic functionalities and security features of the website. These cookies do not store any personal information.
Non-necessary
Any cookies that may not be particularly necessary for the website to function and is used specifically to collect user personal data via analytics, ads, other embedded contents are termed as non-necessary cookies. It is mandatory to procure user consent prior to running these cookies on your website.
ACCETTA E SALVA